The industrious Austrian beatmaker — born Fabian Pfitzer in Salzburg — eschews most social media; besides his Soundcloud, Devaloop maintains only a bare-bones Instagram page and a small Facebook page. This may not appear noteworthy at first glance, but it is. As the beat community has expanded online and gained increasing attention, many producers have become just as extraverted on social media as rappers and singers — two groups that have always tended to be heavy self-promoters. An extensive social media presence for producers is now no longer an exception; it’s essentially the norm. But Devaloop would rather let his work speak for itself.

And so far, his subdued approach to self-promotion is paying off. Since 2012, Devaloop has dropped over ninety tracks on his Soundcloud, been part of countless collaborations with German and English-speaking artists, and been played millions of times on streaming services without any self-promotion except for the occasional Facebook post. Plus he just dropped his debut EP — From the Bits to the Cosmos — via Radio Juicy a couple months ago! It’s a quintessential Devaloop project that showcases his signature filtered brass wails, his low-end heavy boom-bap percussion and a diverse cast of collaborators including Samura Loré, Hex One and Ryler Smith.

NINETOFIVE caught up with Devaloop recently to talk about his experiences with beat thieves, international perceptions of German-language hip-hop and how his friendship with Philanthrope led to working with Radio Juicy and Chillhop Records.

Four or five years back, the online beat scene had far fewer labels than it does today, and those that did exist were still in their early stages. How do you think having more established label presences has changed the instrumental hip-hop scene?

Having all those record labels is a huge service for the beatmakers that they support and promote. It was still a good community before, but having professional labels backing our music means our genre is starting to get a much bigger audience and reach people outside of the hip-hop scene who are into beats! It’s still growing, but I think those labels played a big part in the growing attention instrumental hip-hop is finally starting to get. Plus they’re helping push our music to playlists on Spotify and other streaming sites that let us actually eat off our beats.

And since you emerged in 2012, you’ve dropped a number of songs via Chillhop Records and Radio Juicy — how did you first get on their radar?

It all started when I met Philanthrope and we made Cloudfiles. He had a lot more attention than me back then, so I think working with him got me a lot of attention in the beat scene that I wouldn’t have got otherwise. And a bit after that, I got asked if I wanted to do an episode for Radio Juicy, and it just went from there until Chillhop got in touch with me! Philanthrope definitely made some great moves which helped me to get my music on their radar, and I’m really grateful to him for that! 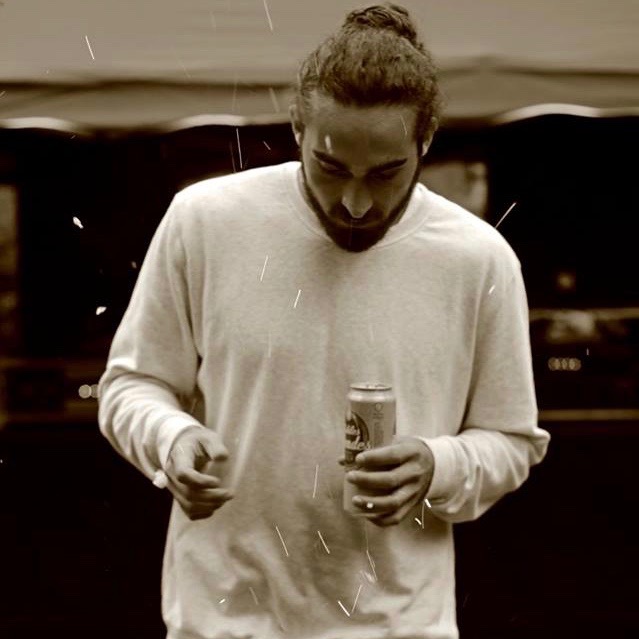 What misconceptions do you think non-German speakers have about German hip-hop?

I don’t know if there’s any big misconceptions about German rap, but I definitely know that some non-German speakers have their problems with it. For example, one day some random guy on Youtube commented on one of our tracks: "Nobody wants to hear Hitler rapping“. I think some people really still have this strong association with the Nazis when hearing German music or even just the German language which is really sad. But I think this was more of an individual case — nobody else has said anything like that, at least to us.

And how would you say Austria’s hip-hop scene is different from the German scene and the Swiss scene?

I mean, it’s the same language, but Germany is much bigger than Austria or Switzerland and the music scene there is a lot bigger in general. And the beat scene is the same way; in Austria (and Switzerland too, I assume), the beat scene is a lot smaller and everyone is more tight. But Germany has a lot more hip-hop events and shows, so there’s advantages and disadvantages to both. Another main difference is just the dialect artists use when rapping. In Austria, we have a lot of people who rap in standard German, but we also have many artists who spit in our dialect. I think it’s a really unique and energetic sound.

You’re part of the Silentists, and you just dropped your latest group album 2ter Frühling. How did the group and your latest project come together?

I first met Jamal Jabiby a few years ago on Soundcloud — although he is from Salzburg too. We really liked each other’s sound so we met up and started making music together and a few months later he introduced me to Dunkler Führer who is one of his lifelong friends.
The first project any of us did together was Synergetik, which I did with Jamal, but soon after we decided to form the group Silentists and work on music all together.

Our latest album was tougher to make than the first one. During the process of making it, I moved from Salzburg to Vienna which complicated our workflow. We used to be together in one room, just hanging around and playing music. But for this album we were in different cities, so we mostly had to communicate about it online or via phone. The album title — 2ter Frühling is a German term for the flourishing of love in the second half of life. We interpreted the term as symbolic of dead things coming back to life years later — mostly in terms of personal growth and experiences. We’re actually doing a crowdfunding campaign right now on Qrates to get it out on vinyl, and you can pre-reserve a copy here!

Like a lot of producers who have had similar struggles, your Soundcloud bio reads, quote: “DON’T USE BEATS WITHOUT MY PERMISSION”. Do you have any particularly bad stories from people stealing beats?

Man, it happens all the time! There are just so many people with no decency who don’t give a fuck about anything and steal my beats. It really frustrates me — partly because they don’t even ask (or pay), and partly because they upload their music using my beat in a poor audio quality because of the bad audio rip they used to steal my songs in the first place. It just doesn’t even represent my art anymore when it’s in that fucked up quality. There’s no time in particular that stands out though, they’re all bad. So guys please respect the artists!

What other projects can we expect from you in 2018?

First of all, I’m working on an EP with Ryler Smith, plus another project with Samura Loré which is going to be more experimental! I’m also working on a small EP with my homie Tudas. But there are more things to come in between and I’m starting work on my first instrumental-only album, so look out for that later in the year!

Remember Me – A production by ØDYSSEE & Saib Feat. Seb Zillner